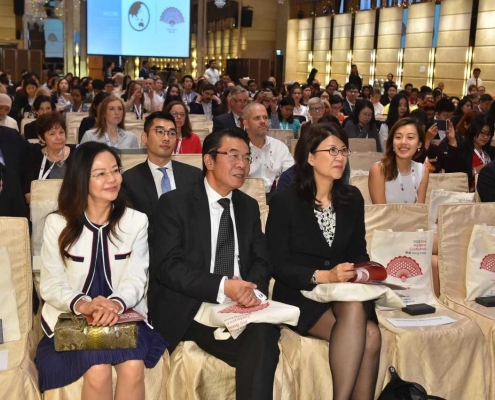 It was fitting that the 2018 Asia Pro Bono Conference was held in Hong Kong on 25-27 October 2018, where the legal profession has been working hard in recent years seeking to advance and develop the pro bono activity of its lawyers.  At the heart of this were none other than Australians Annette Bain, Pro Bono Counsel – Asia, for DLA Piper and Davyd Wong, a former Executive Councilor of the NSW Young Lawyers, now President and Founder of the Hong Kong Centre for Pro Bono Service, who had been working together with a great local team to stage this conference.

With over 400 delegates (including 28 Australians on my count), the conference was impressively opened by keynote speakers, The Honourable Geoffrey Ma Tao-Li, Chief Justice, Court of Final Appeal, Hong Kong and the Honourable Teresa Chang, Secretary of Justice, Hong Kong, both of whom made strong and supportive statements about Hong Kong lawyers becoming more involved in pro bono legal work. 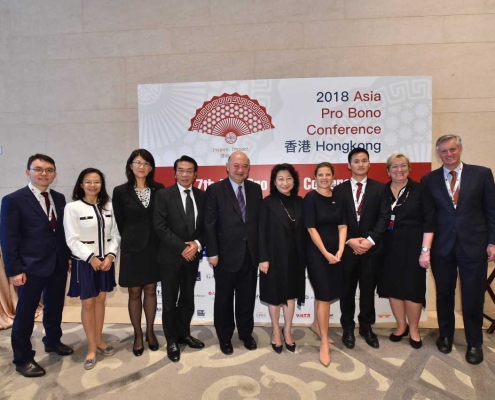 The conference had some well-researched and presented sessions on key social issues that face the region such as the increasing number of people who lack legal identity, those considered stateless, people trafficking, the plight of migrant workers, greater imprisonment of women for drug offences, ageing populations, and a session on refugees and resettlement.  This was matched with sessions that discussed law firm practice and challenges, the role of paralegals and the legal empowerment movement, and how the business and human rights agenda is becoming increasingly visible.  All this provided a program with a thoughtful balance between the need and the challenges of meeting that need.

Dan Creasey from King & Wood Mallesons led an interesting session with experienced practitioners about the challenges of managing local circumstances alongside global intentions.

Cate Martin from DLA Piper led a session on Global Pro Bono and the UN that provided recent examples of where the UN and pro bono providers have collaborated and the increasing role the SDGs are playing in creating a useful framework for specific projects.

David Hillard from Clayton Utz spoke in a session about pro bono for migrant workers outlining the compensation claims that Clayton Utz had conducted for victims of slavery in Australia, and in another session on what a social justice lawyer looks like. 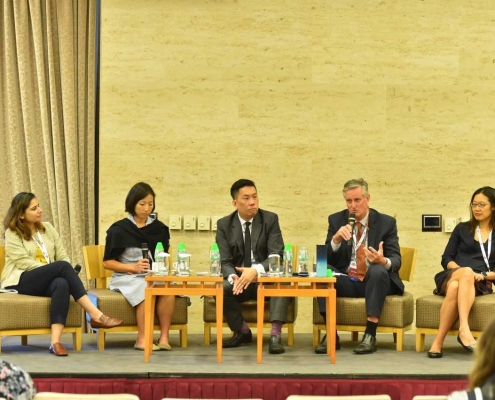 It was a privilege for me to facilitate the Beginners Guide to Pro Bono in Asia session with Tan Cheow Hung, of Beacon Law Corporation, Singapore, Leontine Chuang, PILnet, Hong Kong, in-house counsel for UBS in Hong Kong, Mary Ho, and new coordinator for TrustLaw in the Asian region, Trishna Mohan Kripalani.  This was a lively session with good audience participation from a diverse range of attendees from across the globe.  It was great to see so many new attendees at this conference discovering the power of pro bono.

I also spoke at a session for the launch of a new guide on Pro Bono Legal Work in Hong Kong for in-house counsel prepared by DLA Piper and the ACC adapted from the Centre’s guide with a similar title published in 2017 (with the ACC and the Law Society of NSW). 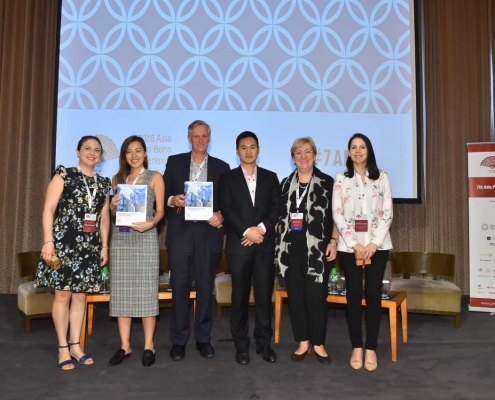 As is usual, Day 3 of the conference focused largely on student pro bono and University Law Clinics.  A strong contingent of students from UQ (also with Bridget Burton and Sue Garlick from Queensland), and Lesley Hitchens, Dean UTS Law were amongst the Australian contingent.

This conference continues to strengthen and provide a vehicle for development of a pro bono movement in Asia.  Most rewarding are those stories of delegates from previous years who report on the implementation of new pro bono policies and projects from their home countries where they have been actively involved in making this happen.  This year that included the Nepalese Bar adopting its first pro bono policy.

Next year the 8th Asia pro bono conference will be held in Kathmandu in Nepal.

Share this:
Return to CONTENTS
Pro Bono in the News – November 2018

Experts to team up with pro bono lawyers
Share this:
Scroll to top