The Centre’s recent research, which builds on earlier research conducted in conjunction with DLA Piper, indicates that the number of volunteer practising certificates (VPC) issued across Australia continues to rise – for more information, see Research on the Number of VPC Issued (January 2017).

The Centre has long advocated for the introduction of free volunteer practising certificates, a position that was reflected in the recommendations in the Productivity Commission’s 2014 Access to Justice Arrangements Inquiry Report. The availability of free VPCs removes a significant cost barrier for career break and retired lawyers who wish to provide pro bono legal services.

In total there were 509 free VPCs issued across Australia in FY2016, up from 462 certificates in FY2015. This increase was assisted by the introduction of VPCs in New South Wales and the Australian Capital Territory in 2015.

The Centre congratulates the Australian Capital Territory, Queensland, South Australia, Victoria, Western Australia and New South Wales on the introduction of VPCs, and thanks the local regulators in these jurisdictions for their assistance with this research. This positive step facilitates pro bono legal services and access to justice throughout Australia.

Voluntary Practising Certificates in Australia as at 30 June 2016 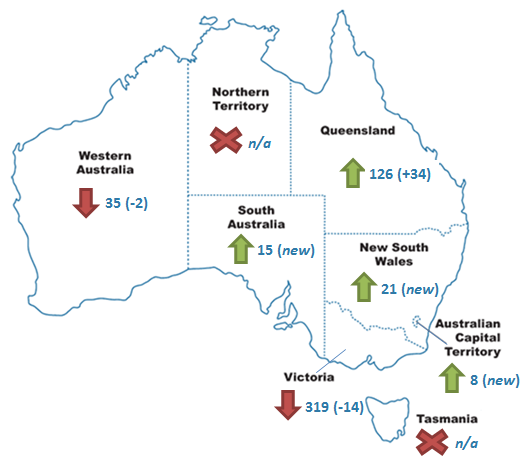 The last of the PILCHs makes LawRight
Share this:
Scroll to top