Are the “right” people getting the right help? 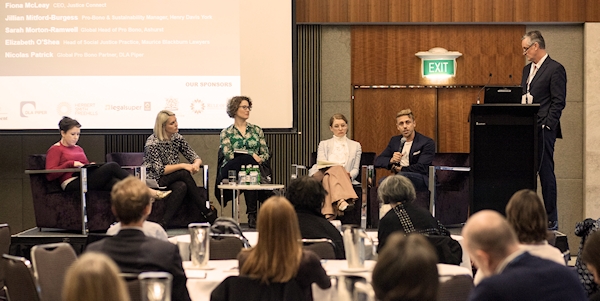 “Are the “right” people getting the right help?” This was the question explored by a panel of pro bono leaders at the Pro Bono Pipeline session of the Conference chaired by the Centre’s Director, John Corker.

Pro bono work for organisations or individuals?
The discussion was centred around the findings of Centre’s last two surveys of Australian firms with 50 or more lawyers, which consistently showed that only 35% of their pro bono legal work is done for individuals.

Sarah Morton-Ramwell, Partner and Global Head of Pro Bono at Ashurst, began the discussion by explaining some of the difficulties faced when providing pro bono assistance to individuals in the international context, providing Germany and Singapore as two examples of jurisdictions where individual casework is precluded.

Sarah also made the observation that pro bono legal assistance in the United Kingdom was focused on not-for-profit organisations because legal assistance for individuals had traditionally been left to a strong legal aid system. In light of the severe reduction in resources to legal aid, leading firms in the UK have responded by adopting a new Collaborative Plan that contains an aspirational target of 25 hours per lawyer per year. The signatory firms are committed to working together to provide more pro bono assistance to individuals. The Collaborative Plan includes the creation of taskforces focussing on subject areas, for example collaborating to provide training to overcome lawyers’ fears about practising in areas they are unfamiliar with (e.g. immigration) and paying for duty solicitors to supervise their work. 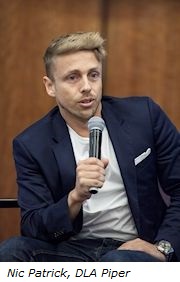 Fiona McLeay, Chief Executive Officer of Justice Connect, said that Justice Connect, like the pro bono clearinghouses and referral schemes in other jurisdictions, was careful to direct pro bono resources to community organisations that did work that was aligned with Justice Connect’s mission to provide access to justice, and could not otherwise afford to pay for legal assistance. She identified conflicts of interest as the primary challenge to referring individual matters to member firms.

Lizzie O’Shea, Head of the National Social Justice Practice at Maurice Blackburn, provided a different view from the perspective of a plaintiff firm whose social justice practice only does litigation. This work may be for individuals, not-for-profit organisations and even for-profit organisations where there is a strong public interest. She suggested that rather than seeking to fill the ever-increasing gaps in unmet legal need, which could never be met, the pro bono community should be mobilising to resist attacks on legal aid. In addition to protecting the right to legal aid for individuals, Lizzie saw the central role of pro bono lawyers as protecting the politically unpopular causes and civil liberties – “A thorn in the side of government”.

Nic Patrick, one of two global pro bono partners at DLA Piper, said that pro bono should be about access to justice for individuals and more work for individuals needs to be done, even if it is more difficult or more expensive to do work for individuals. He questioned whether law firm pro bono practices really had control over their choices of pro bono work, or whether the work they were doing was simply reflective of the pro bono infrastructure they were using to source the work. He provided the examples of international clearinghouses, such as A4ID and PilNet, and Law Works in the UK, which do not refer individual pro bono matters.

Jillian Mitford-Burgess, Pro Bono and Sustainability Manager at Henry Davis York, explained some of the challenges of expanding a pro bono practice, particularly at a mid-sized or smaller firm. She suggested that pro bono leaders in these firms needed to fully understand unmet legal need but also accept the limitations that they are working within. The smaller number of lawyers meant that there could be a higher concentration of negative attitudes to pro bono and the impact of unsupportive partners is “more difficult to dilute”.

In addition to the issue of size, Jillian observed that the stage of development of the firm was also relevant. She had found submissions and advocacy work to be a good type of pro bono work so as to avoid some of the risks and restrictions, as well as the “safety” of an established clinic. However, she also warned that mid-sized firms may have difficulty consistently servicing clinics because of the smaller numbers of available lawyers.

Future directions: Suggestions from the panel 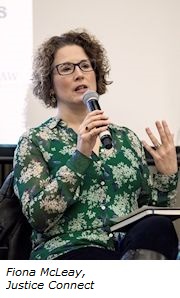 Lizzie said that at Maurice Blackburn she was always generating her own work and looking for test cases, pointing out that the way of lawyering at a plaintiff firm and its natural entrepreneurial spirit meant that the Social Justice Practice was not just waiting for clients to approach them.

Fiona encouraged pro bono providers to use the resources of the Law and Justice Foundation in NSW to help them identify areas of greatest need. She agreed that more clinics would be useful to provide new opportunities for more lawyers to get involved. However, all speakers acknowledged that developing new clinics takes time and resources.

Nic emphasised the need to identify priority areas of law and skill up in those areas. He explained, for example that homelessness had been an area of need over-serviced by pro bono and explained how DLA Piper identified other areas of need, such as prisoners and mental health. The firm seconded a lawyer to QPILCH, who learned how to represent clients facing mental health compulsory treatment orders and trained others in the firm to do the same. In Italy, the firm worked with a refugee organisation to identify statelessness as an important issue and developed the skills in-house to help people to achieve recognition. However, Nic recognised that not all pro bono practices have the resources of DLA Piper. Drawing on the UK Collaborative Plan, he explained that the aim was to develop projects where the development could be mainly undertaken by the better resourced firms, with smaller firms being supported and encouraged to participate in service delivery.

Lizzie said that she could not accept the argument that firms cannot do pro bono work in areas outside their core business experience, calling this an “illusory barrier” and pointing out how lawyers are very adaptable. Fiona added that partner firms at Justice Connect were very willing to develop new skills in homeless law that enabled them to participate in the Homeless Persons Legal Service.

Lizzie also suggested that smaller firms that did not have the skills in-house to run a matter could explore co-counselling arrangements with firms like hers and run litigation together. 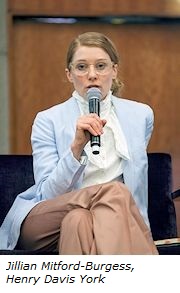 Sarah suggested that mentoring of smaller firms and organisations was needed, particularly in the international context.

Redefining success for mid-sized pro bono practices
Nic suggested there was a need to give visibility to the work that mid-sized firms are doing and provide a clear picture of what a successful pro bono practice looks like for a mid-sized firm (see Wotton & Kearney story below). He argued that holding up the successes of the large firms as a model for what smaller firms should be achieving could be counterproductive as mid-sized firms may simply decide they will never be able to replicate that.

Lizzie suggested that a way of funding access to justice cases would be through no win-no fee arrangements as her firm currently does with public interest class actions. Her view is that pro bono should be for “total troublemaking”, and we should “leave access to justice to government”.

While Fiona did not agree that pro bono resources should only be directed toward strategic litigation, as access to justice was a critical human right, she emphasised that pro bono should never be seen as a substitute for legal aid. 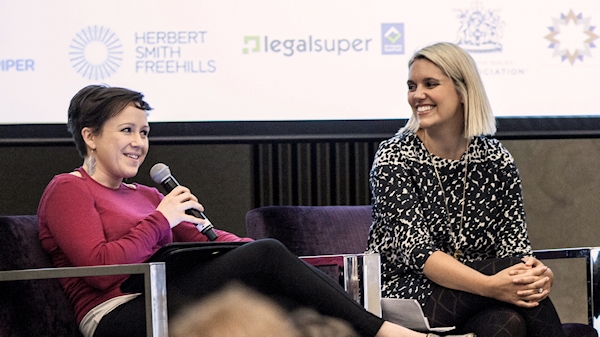