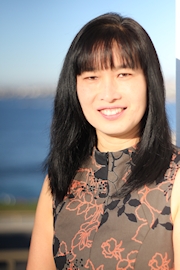 This month the Centre farewells its Senior Policy Officer, Leanne Ho, who is leaving the Centre to join the pro bono team at Henry Davis York (HDY).

HDY’s recruitment of Leanne is part of the firm’s new strategy for further developing its pro bono practice. While it will be a great loss to the Centre, we are also thrilled that Leanne will be taking the expertise of the Centre and using it to build a robust and sustainable pro bono practice at HDY.

Leanne came to the Centre at the end of 2010 following diverse roles as an international legal advisor to United Nations Peacekeeping Missions in Kosovo and Liberia, and in community legal centres in Australia.

During her time at the Centre, she has been responsible for creating some of the Centre’s most successful works including What is Social Justice?, which has become one of the most well-respected and widely distributed texts on social justice. She is also produced the Centre’s flagship publications Pro Bono Partnerships and Models: A Practical Guide to What Works and the new edition of the Australian Pro Bono Manual which is planned for publication later in the year. She has made a significant contribution to the quality communications at the Centre, not only as an excellent writer but also as the Centre’s unofficial photographer.

More than her ability to strategically identify policy issues and produce high quality work, Leanne will be missed at the Centre for her dedicated professionalism and ability to build collaborative relationships. It is her ability to understand people and identify their needs that makes Leanne’s work so practically useful and accessible, but also makes her great to work with. We’re sure that the relationships Leanne has cultivated in the pro bono and access to justice sector will continue to thrive as she moves into her new role and although she is leaving us, we’re glad she hasn’t moved too far away.

Leanne starts at HDY on 1 July 2015. The Centre’s current policy officer, Afton Fife, will be moving into the Senior Policy Officer role and the Centre will soon be recruiting a new policy officer.