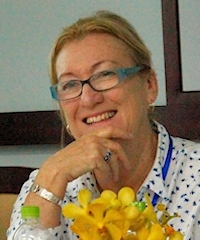 Annette Bain is heading to Hong Kong to become Asia Pro Bono Counsel at DLA Piper from the start of July 2016.  For many years DLA Piper has had a pro bono lawyer based in Beijing, mainly supporting international NGOs and UN agencies working in mainland China. The new role based in Hong Kong will focus on developing local pro bono projects with a focus on access to justice in DLA Piper’s offices in Hong Kong, Beijing, Shanghai, Tokyo, Seoul, Singapore and Bangkok.

Catriona Martin, DLA Piper’s Asia Pacific Pro Bono Director, said “it is important for DLA Piper that we are able to invest back into the communities where we are operating and access to justice is at the heart of this. The creation of this new position underpins our commitment to building the leading pro bono practice in Asia. Annette is a wonderful addition to our team”.

DLA Piper’s pro bono partner, Nicolas Patrick said he was thrilled to have Annette joining the firm. “Annette is regarded as one of the world’s leading pro bono lawyers. She brings enormous warmth, energy and experience to this role, and is absolutely committed to supporting the burgeoning pro bono culture across the region. One of her key priorities will be to identify and mentor the next generation of Asian pro bono leaders, and I can’t think of anyone more suited to the challenge.”

Annette stepped down from her position as head of the pro bono program at Herbert Smith Freehills for Australia and Asia at the end of last year.