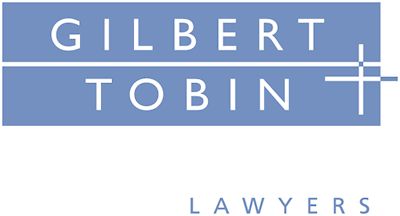 The Gilbert +Tobin (G+T) pro bono practice has a long standing commitment to women and children fleeing domestic violence. They have, for over ten years, assisted the Redfern Legal Centre’s Women’s Domestic Violence Court Assistance Scheme at the Downing Centre in Sydney, and most recently are supporting this service with advice in relation to setting up a specialist Safety Action Group for women who are identified as being at high risk of violence. For many years they provided staff each week to represent women seeking apprehended violence orders in an attempt to escape violence.

An important element of G+T’s work has been to seek compensation for victims. A number of firms have taken on this ‘victims comp’ work as it delivers real social outcomes for clients. A monetary award can provide the funds to facilitate a victim to change their life and circumstances.

G+T also provided assistance to the Inner City Legal Centre Safe Relationships project which assists LGBTI people escaping domestic family violence by drafting fact sheets which will be used by workers from mainstream and specialist community and government services. This service will assist a number of women.

Having built up expertise through casework over the years, G+T recently assisted both Redfern Legal Centre and Inner City Legal Centre with drafting their submissions to the Senate Committee inquiry into domestic violence.

G+T also provide advice to organisations in Victoria working to protect women from the devastating effects domestic violence can have. Their practice also advises a number of organisations working to assist disadvantaged and Indigenous women through pregnancy and post-natal issues and parental bonding. G+T have also been acting for victims of violent crimes in their claims for compensation.

G+T also represent a number of clients in refugee/asylum claims where the grounds for protection relate to their gender. For example, they were successful in having protection granted for a young mother and her daughter who, if returned to the mother’s country of origin, would have been persecuted on the grounds that the mother had a child out of wedlock. The child would also have been persecuted for being a child of a mother who was not married. They are also currently acting for another client who would be persecuted as a single woman without family ties if returned to her country of origin.

“There are so many perspectives from which pro bono practices can provide legal assistance to women facing violence and the organisation which help support them. It is an issue that every community across Australia faces and not for profit services acting in the area are constantly stretched and under resourced”, says Michelle Hannon, pro bono partner at G+T.

Gilbert + Tobin are a Foundation Signatory to the National Pro Bono Aspirational Target.