Anabel Morales, one of the Centre’s new interns 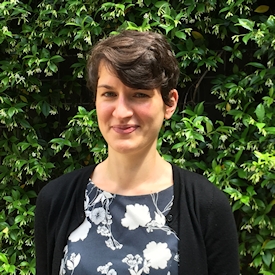 Anabel Morales is interning at the Centre through the UNSW School of Law Social Justice Internship Program. She is in her final year of a Bachelor of Laws at the University of NSW and comes to the Centre with extensive experience in the NSW public sector.

Anabel has a long history of campaigning for social justice. As a young person, Anabel was involved with founding her local branch of the UN Association of Australia; solidarity with the peoples of Latin America; refugee rights and gender equality. Anabel has been involved with organising fundraising events and conferences for solidarity events, and sits on the board of a not for profit organisation as a community representative.

Anabel continues to actively participate in her community and campaign around issues such as indigenous rights, the environment, feminism, public education and industrial rights. In her local community, Anabel assisted in founding a community action group and was elected co-spokesperson.

More recently, Anabel was elected to the governing body of the Public Service Association, the union for NSW public servants, and alongside other committed colleagues represents over 40,000 public servants across NSW. In a voluntary capacity, Anabel assists members with individual matters, works to improve governance of the union, and to ensure member inclusion in decision making. Anabel has been an active member of the union for many years.

Being consequent with her convictions to equality and social inclusion, Anabel jumped at the opportunity of volunteering with the Australian Pro Bono Centre. Anabel says her experience at the Centre has been immensely rewarding, ‘the staff at the Centre are incredibly talented. Their commitment to access to justice and quality pro bono legal services is an inspiration.’

The Hon. Murray Gleason AC QC to speak at the Salvos Legal Lecture Series
Share this:
Scroll to top