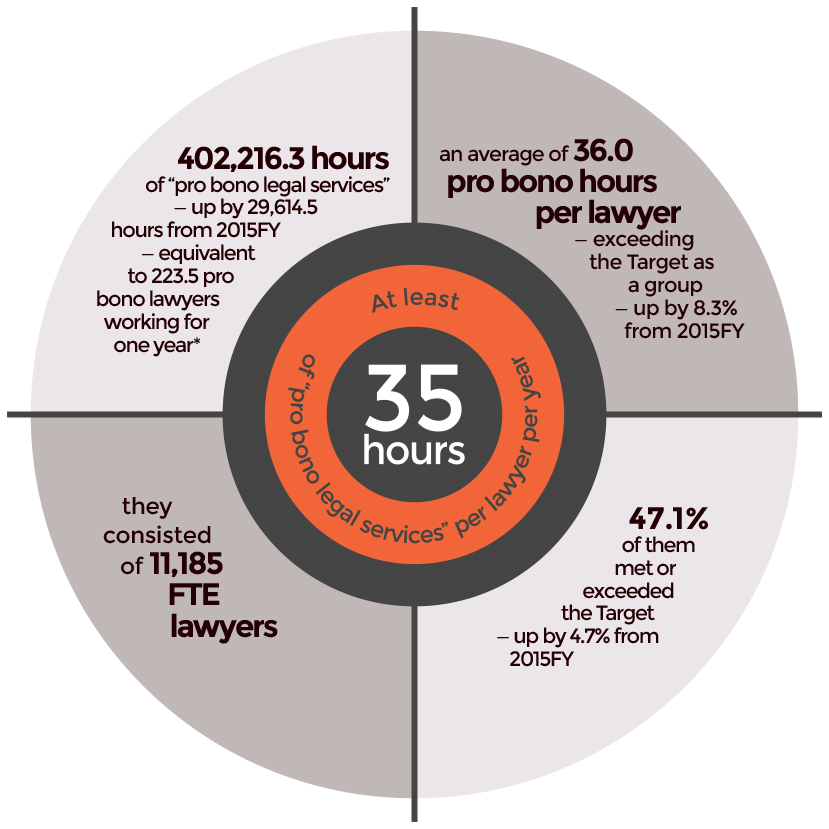 The Ninth Annual Performance Report on the National Pro Bono Aspirational Target, released by the Centre in October, reports that 11,185 Australian lawyers provided 402,216 hours of pro bono legal services in FY2016.  This equates to 223 lawyers working pro bono full-time for one year.

Individuals (solicitors, barristers and sole practitioners) reported on average 112.5 pro bono hours each. This marked a 3.8% increase from FY2015.

The Centre encourages firms that are looking to develop their pro bono programs to seek assistance from the Centre, law firms with developed pro bono practices or a pro bono referral organisation or scheme.

To see a list of target signatories and to sign up online visit the Centre’s Target page.

Share this:
Return to CONTENTS
A night of recognition for the leadership of women in pro bono

New editions of the Australian Pro Bono Manual and What Works launched
Share this:
Scroll to top