It was fitting that the 2017 Global Pro Bono Forum (16-19 October 2017) was held in the place where PILnet established its first European clearing house in 2006.  Celebrating 20 years since its inception, PILnet staged a forum that brought together many committed and talented public interest lawyers and pro bono enthusiasts to deliver an informative, thought-provoking and inspiring event.  Notable was the depth of knowledge and experience of presenters.

The conference was held against the backdrop of pressing issues in Hungary concerning defence of the public interest and respect for the rule of law.

Following the passing of a law by Hungary earlier this year that placed a range of restrictions on foreign universities, Michael Ignatieff, President and Rector of the Central European University, said in the opening plenary that pejorative populism is being substituted for law.  ‘Rule by law’ rather than ‘rule of law’ is becoming the common paradigm, and the world is being pitched into the politics of enemies rather than adversaries, limiting the space for open argument and thereby eroding the rule of law.

He pointed to five pillars of public interest law which, he said, unfortunately can no longer can be taken for granted in many countries:

During the course of the conference, many delegates echoed concerns about one of more of these pillars being under threat in their country.

To hear from public interest lawyers working in challenging circumstances in India, Pakistan, the Middle East (including Syria) and Africa was inspiring and a stark reminder of the vital importance of a working rule of law in order for there to be any prospect of justice.

The large law firm sessions at the conference had speakers from firm, client and clearing house perspectives dealing with contemporary issues such as evaluating pro bono, multi-jurisdictional models and global partnerships, making your pro bono needs-driven, together with sessions that focused on illustrating projects and models working to address specific legal need such as that of the victims of trafficking and refugees. Pro bono coordinators from the US, UK, and many European and Asian countries were in attendance and the level of discussion reflected an advanced understanding of the business of making pro bono work.

The forum was truly global with a strong contingent of Asian region attendees including a good-sized delegation from mainland China as well as from Hong Kong, Singapore, South Korea, Japan, India, Indonesia and Taiwan. 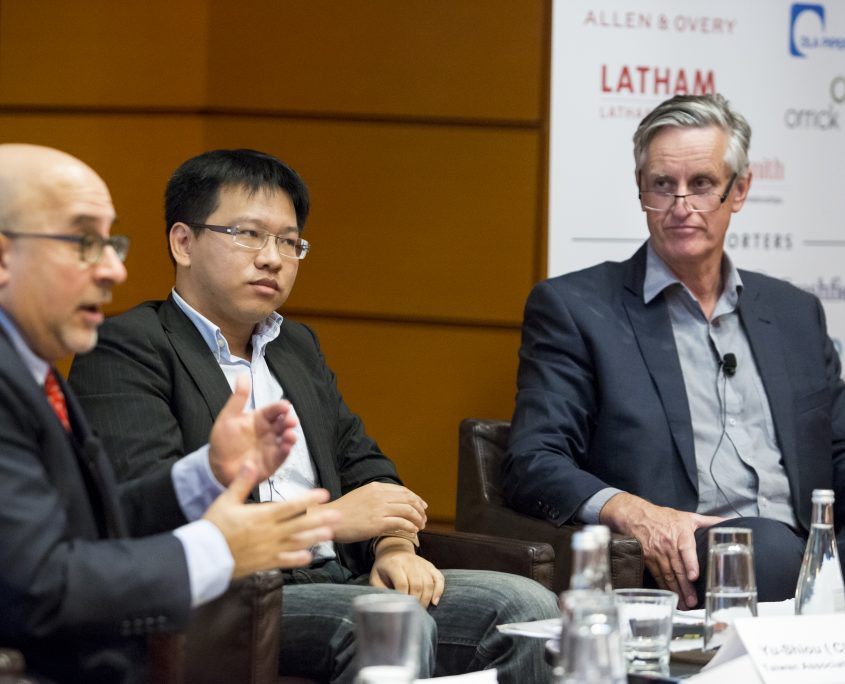 It was a privilege for me to present with Evan Wolfson, attorney and gay rights advocate whose organisation, Freedom to Marry, led the movement in the US to achieve the legality of same sex marriage (SSM), and who continues to assist many other groups around the world to advance the rights of LGBTI people.  Evan provided a key note address advocating that pro bono lawyers should undertake a broad range of activities, not just advice and litigation.

In the break-out session on SSM in the Asian region, Evan chaired the session in which I and Clarence Chou from the Taiwan Association for Human Rights (where the issue is being played out in the courts) told the story in our respective countries. There was much interest in the Australian experience (illustrated by cartoons from the Australian Financial Review courtesy of cartoonist, David Rowe – accessible from post-forum materials) and a lively discussion occurred about how the pro bono experience in Australia, the US, Taiwan, and elsewhere provided ideas for advancement of the issue in other countries, particularly China and Poland. 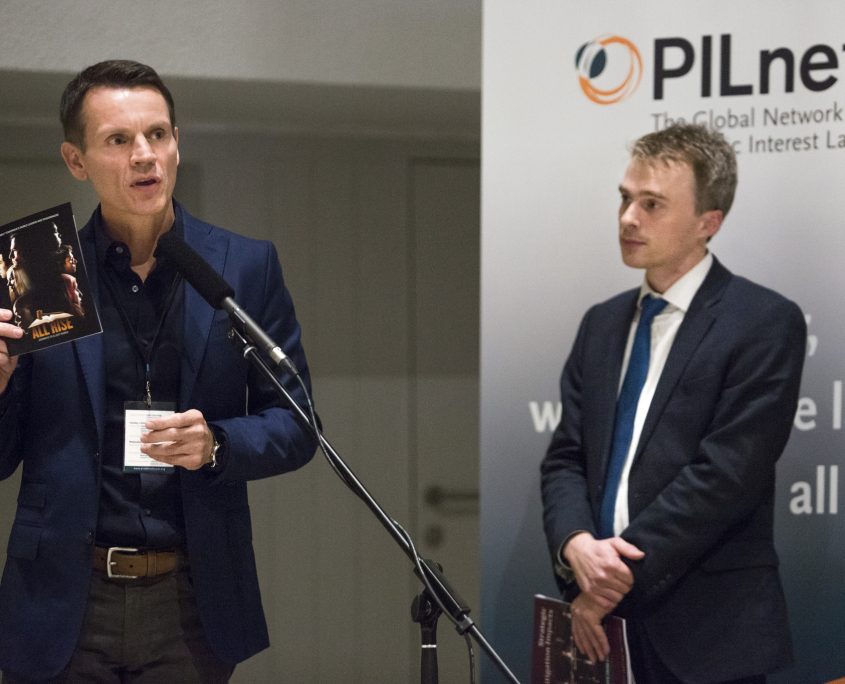 As is usual with a PILnet conference, a global meeting of Pro Bono Clearing Houses was held prior to the conference with clearing houses and NGOs breaking out in one group for the morning, and law firms breaking out in another, with both groups meeting together in the afternoon to talk about the challenges of working together.  This included some great discussion about the importance of managing the expectations of all parties.  There are many country-based clearing houses as well as global ones such as TrustLaw, A4ID and PILnet.

In the Clearing House session Kate Fazio presented on Justice Connect’s use of technology to tackle the challenge of scaling up the output of an NGO as a critical part of better leveraging the pro bono capacity of Australian lawyers to greater effect.  She presented jointly with Cherilyn Tan, CEO of the Asia Law Network based in Singapore, who talked about their online platform that provides an intake and customer management system for legal queries. A trial of this platform is now taking place in partnership with the Singapore Law Society.  Justice Connect and its NFP Law Information Hub were shortlisted for the Local Pro Bono Impact award.  This was one of five awards made at the Global Pro Bono Awards dinner held during the conference.

I returned with a renewed sense of the importance of public interest lawyering and the role played by pro bono in the face of a global erosion of the rule of law.  I also came away with the idea that the Centre should play a greater role in seeking to deliver this message beyond the legal profession.  As Garth Meintjes, President of PILnet, urged, the pro bono community must advocate for law to be used to strengthen civil society by engaging public and private lawyers in representing the public interest, with all possible uses of the law being explored.

Robyn, who was attending her first PILnet forum, said: “The conference highlighted the stealthy inroads which are occurring across the globe to some of the freedoms we have taken for granted, especially in developed countries, and how NGOs, together with pro bono partners, are trying to address some of these issues. The need for vigilance in the current political climate was a strong message.”