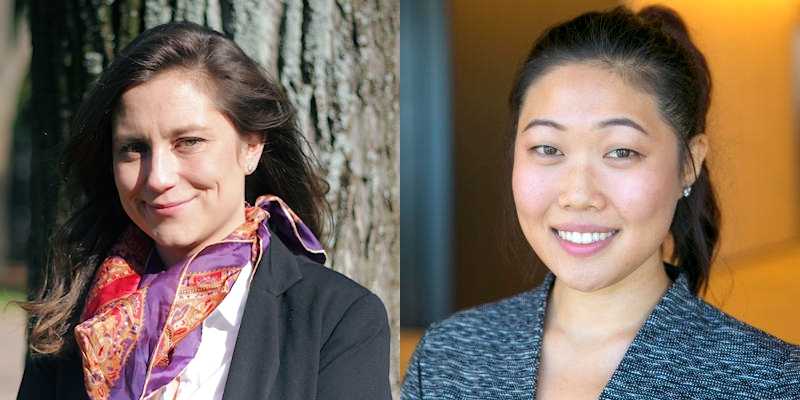 Lucy Martin has left her role as Office Administrator at the Centre to take on a new full-time position at the Public Defenders.

Lucy joined us in 2014 and was instrumental in the operation of the Centre, particularly the ongoing success of Social Justice Opportunities. In what can be a challenging role with more responsibilities than time would appear to permit, she proved to be more than up to the task.

She provided a strong voice in the decision-making of the team, and will be missed for her insights (and baking). She impressed all who worked with her with her ability to juggle parenting, study through the LPAB and a number of part-time jobs, paid and unpaid.

We wish Lucy all the best in her new role, and congratulate Public Defenders on their canny hiring.

We now welcome Sarah Kim to the Centre, who joins our team as the new Office Administrator. A Juris Doctor student at the University of Sydney, Sarah developed an interest in pro bono legal services after working as Ashurst Australia’s pro bono paralegal.

Sarah is on the Sydney University Law Society’s social justice subcommittee, and in this role, she partnered SULS with the Community Migrant Resource Centre to develop a government funded pilot mentoring program for newly migrated high school students. She has also volunteered at the Welfare Rights Centre and led social justice discussion groups for the UTS Brennan Justice and Leadership Program.

Sarah has developed legal and administrative skills through working as a paralegal at Minter Ellison’s employment practice and as a law clerk at King & Wood Mallesons’ banking and finance division.

Sarah has joined the Centre because she is passionate about pro bono legal services.  She looks forward to helping the Centre to promote a strong pro bono culture across the legal profession.

Share this:
Return to CONTENTS
ON THE SITE: Board and Advisory Council