Wage theft: what can pro bono do to help?

A recent report confirms there is a growing need for legal support to assist vulnerable migrant workers. Wage Theft in Australia, a report released on 21 November 2017, concluded that workplace exploitation of international students and backpackers is occurring across all sectors of the Australian workplace. The report indicates that there is an urgent need to resource legal services, community organisations and unions to ensure that they can be accessed by migrant workers. 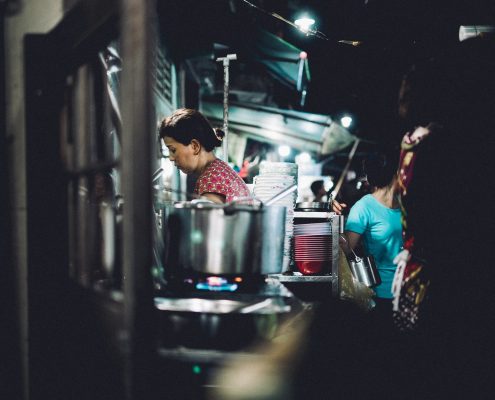 The report is based on a comprehensive survey of 4,322 temporary migrants from 107 different nationalities. The survey was conducted online between September and December 2016, it was anonymous and open to any individual who had worked in Australia on a temporary visa. More than half of respondents were international students and over a third were backpackers, with half from countries in Asia.

Over one third of respondents reported earning $12 or less per an hour which is around half the minimum wage for a casual employee in most of the jobs in which temporary migrants work. Almost half reported earning $15 per hour or less.

The report challenged the idea that migrant workers are underpaid because they are unaware of the minimum wage rates in Australia. Bassina Farbenblum, a senior law lecturer at UNSW and one of the authors of the report said:

“We found the overwhelming majority of international students and backpackers are aware they are being underpaid.  However, they believe few people on their visa expect to receive the legal minimum wage.”

Berg, a co-author from UTS, said that some respondents had experienced exploitation and criminal forced labour. These included having their passport confiscated by their employer (2%), paying an upfront ‘deposit’ for a job (5%) and their employer requiring them to pay money back in cash after receiving their wages (4%).

The report indicates that this problem is inherent in the Australian labour market and that action is required from many actors. In particular, the report presents confronting data for educational institutions and calls on them to revaluate what support services they provide.

The Centre supports the view that government should examine the level of resourcing required to address the scale of non-compliance and consideration of specialised programs and infrastructure to prevent and remedy wage theft.

In a standout example of Clayton Utz’s wage theft work, the firm secured orders that a restaurant and its owner pay $186,000 in wages withheld from Clayton Utz’s client, who had been trafficked under a sham 457 visa arrangement and held in forced labour, working 12 hours a day, seven days a week, for 16 months. Clayton Utz said:

“Our client was illiterate, spoke no English and had no contacts in the Australian community. He was held as a slave. He lived, ate, worked and slept in the restaurant kitchen, with only one day off in 16 months. He was not paid.  When the restaurant was visited by the Department of Immigration, our client told officials exactly what his employer had instructed him to say.

The Court found this to be unsurprising – our client “spoke no English, was alone in this country, was under a trafficking debt, and was afraid”. The Court found that the case was a “grotesque abuse of the 457 visa programme”, and described a façade built upon sham documents in an effort to convey the illusion of a legal employment arrangement.

The case – Ram v D&D Indian Fine Food Pty Ltd & Trivedi [2015] FCCA 389 – sheds light on the horrific conditions endured by some foreign workers on visas, happening right now, in our community, under our noses. There are avenues for obtaining justice for the victims of wage theft and forced labour. Compensation did not erase the demeaning, degrading experience which our client endured, but it did say plainly that what happened to him was wrong, and cannot be tolerated under Australian law.”

“The worker was employed at several franchise retail stores over a period of approximately ten years.

We prepared the worker’s claim, statement and quantified the underpayment after reviewing timesheets, rosters and payslips. The worker was repaid several hundred thousand dollars in wages.”

The success of this case and others like it demonstrate that further pro bono work can assist migrant workers to access justice. The Centre applauds the pro bono work of Clayton Utz and Maurice Blackburn in this area and encourages other lawyers to consider providing pro bono legal services to address wage theft.

See the ABC’s 4Corners report into the exploitation of foreign domestic workers in diplomatic missions located in Canberra.

Pro Bono in the News – February 2018
Share this:
Scroll to top