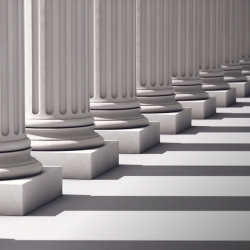 A practice guide and resource kit for law firms

Foreword to the Fourth Edition

Since my earliest days connected with the Australian legal profession (1959), I have been involved in various forms of pro bono legal advice. Mind you, things were very different in the early years:

This was not the elaborate and highly organised world of pro bono legal advice that is described in this Manual. It was imperfect, variable in quality and had few triumphant outcomes. But often it was all that existed in those days to help people secure legal representation in their case, and sometimes to escape unjust laws and official oppression.

This Australian Pro Bono Manual is the latest in a series that has been published over nearly 20 years. The First Edition went to press in 2003. Subsequent editions have reflected the changing models of pro bono legal work; the legal issues that need to be considered in offering such services; community legal centres and the Australian legal assistance sector; and frequently asked questions about the developing world of pro bono legal practice.

The need for this work is regularly brought home to me when I receive requests for legal advice or for places where this might be available, either free of charge or at affordable cost. Many people who write to me have no idea of where to go or how to approach the possibilities of securing assistance at a cost that they can afford. The formal schemes for government funded systems of legal aid have diminished in recent years, save for the provision of representation for special categories of people, including those who have a legal entitlement to receive representation at the expense of the State where they may be facing the risk of a custodial sentence. Some people in our society do not consider that such claimants are worthy of governmental support. However, it would be a curious thing if Australia’s Constitution envisaged an elaborate arrangement for independent civil and criminal courts; but did not ensure, in proper cases, that the most needful could be represented there to make the rule of law a living reality, not a charade.

In her Foreword to the Third Edition, Justice Virginia Bell AC, then serving on the High Court of Australia, pointed to the strong and growing tradition of the Australian legal system whereby advocates and other lawyers would act pro bono. These will sometimes include some of the most “eminent members of the profession”.  The Third Edition reflected many updates to give effect to legal and other changes that had happened in the last decade. Justice Bell pointed to the need for large, but also small legal practices, to adopt protocols that would ensure work performed pro bono attains “the same standards as other work”. These words apply as much today as when earlier editions were published.

Fortunately, the spirit of duty and engagement that existed in my days of youth are still present amongst members of the legal profession today. In fact, many large to medium sized legal firms have discovered that idealism about the cause of justice, upholding the rule of law and protecting human rights, may even be stronger today than in earlier times. Lawyers with dedication to these high values of the legal profession will often be attracted to undertake the less inspiring work if there is a leavening of pro bono advising that quickens the hearts of young lawyers.

In the Fourth Edition of this Manual, there are a number of new sections that reflect the changing face of pro bono work today:

I applaud the Australian Pro Bono Centre for continuing, and enlarging, its work, to help otherwise excluded people to turn the theory of legal equality into something closer to reality.

I praise and thank fellow members of the legal profession who continue, but in a much more intensive way, the experiments with legal assistance upon which I devoted so many hours at the outset of my journey in the law. Young lawyers will be more adventurous. This Manual will show how it is done.