National Pro Bono Day provided an opportunity to celebrate the pro bono work done by the legal and other professions. We encourage you to see it as an opportunity to make announcements about new initiatives, report on work done or if you are the recipient of pro bono services to simply thank those that provide them. 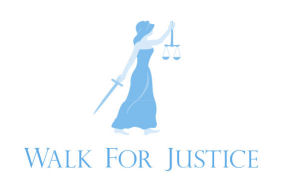 The centrepiece of National Pro Bono Day was the Walk for Justice 2009, held for the second time in Australia.

The 5 km event, held simultaneously in Brisbane, Sydney, Melbourne and Adelaide, attracted nearly 1,000 walkers and raised more than $30,000, towards funding the work of the Public Interest Law Clearing Houses in each State. Among the walkers were the Attorneys-General of Queensland and NSW and a number of Chief Justices and Judges from the State Supreme and District Courts.

Australians walked just before the London Legal Support Walk held on Monday 18 May 2009 and now in its fifth year.  For report see londonlegalsupporttrust.org.uk

The organisation of the Walk for Justice was undertaken locally by the Public Interest Law Clearing Houses in Melbourne, Sydney and Brisbane and the Law Society of SA in Adelaide.

Reports from the time can also be found in the following issues of National Pro Bono News (now Australian Pro Bono News):