The 2017 Walk for Justice was a great success. Held annually on National Pro Bono Day, this year’s event took place on 16 May in Queensland, South Australia, Victoria and Western Australia. Despite a slight drop in numbers overall (1,708 walkers compared to almost 1,900 in 2016), the event has already raised a record $173,299 for LawRight, Law Access WA, Justice Connect and JusticeNet SA, up from $157,000 in 2016.

As these figures demonstrate, the Walk continues to raise the public profile of the significant work undertaken by pro bono clearing houses and referral schemes around the country, and is an excellent opportunity for the sector to come together and celebrate the pro bono efforts of the legal profession. 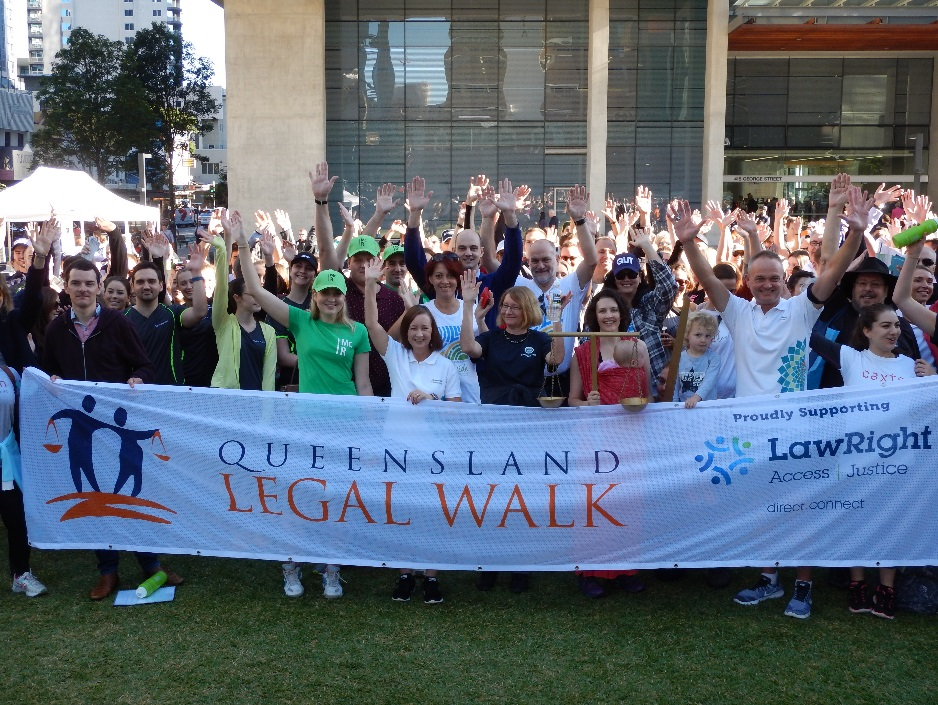 In Queensland the walk is called the Queensland Legal Walk and was supported this year by over 700 walkers in Brisbane, Cairns, Gold Coast, Sunshine Coast, Toowoomba and Townsville. The Impressive $80,000 raised will help LawRight continue its work in assisting the most disadvantaged in the community. Congratulations to this year’s ‘Justice Cup’ Winners, the team from North Quarter Lane Chambers, who topped the fundraising team leaderboard for the fourth year running; and Chloe Sheptooha from Clayton Utz, the top individual fundraiser.

The Brisbane event was again led by the Hon. Catherine Holmes, Chief Justice of Queensland and LawRight patron, and the Hon. Yvette D’Ath MP, Attorney-General and Minister for Justice and Minister for Training Skills. The Legal Walk on the Sunshine Coast, organised by the Suncoast Community Legal Service, attracted over 28 walkers, including the Hon Andrew Wallace MP (a former barrister) and His Honour Judge Gary Long SC. 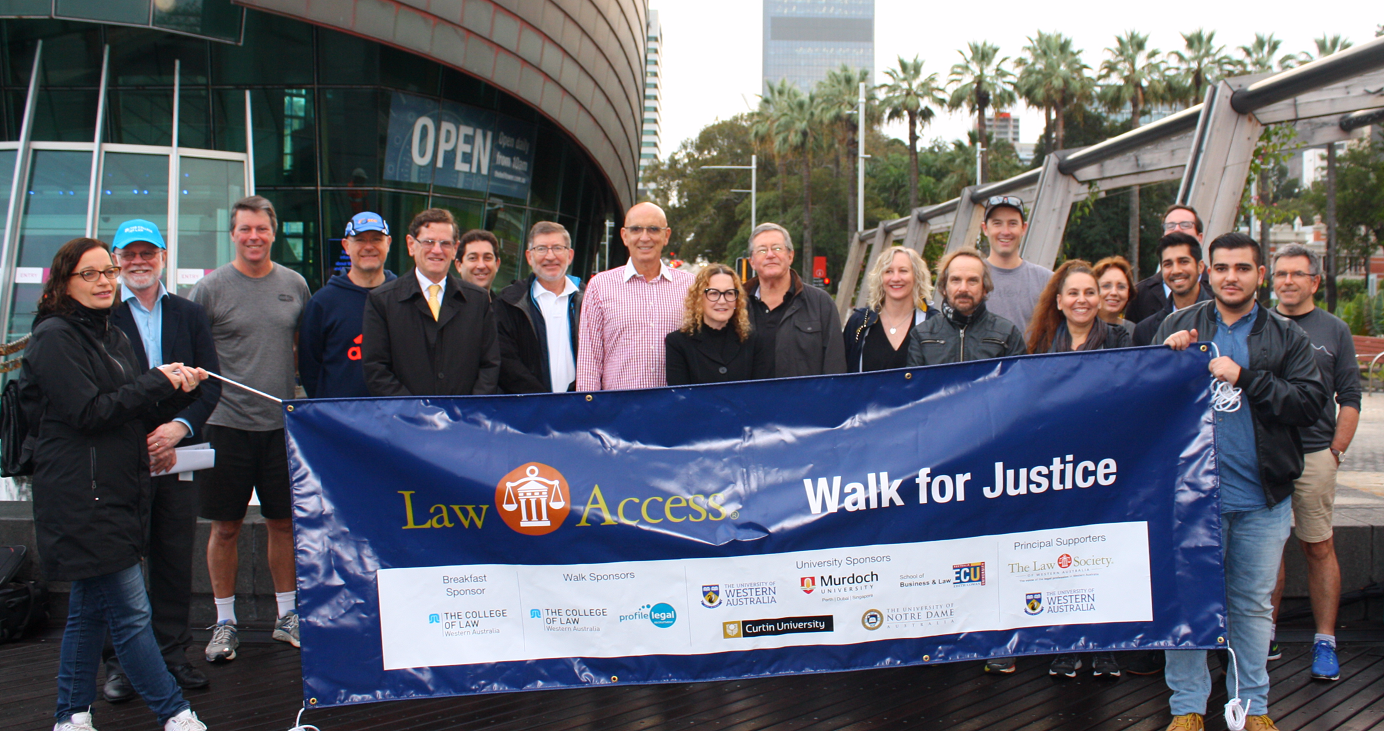 The second annual Law Access WA Walk for Justice saw a 60 percent increase on last year’s participants, with 350 people raising over $28,538 to help support Law Access WA. Together with the Hon. Robert French AC and 14 other eminent Event Ambassadors, the Hon. Wayne Martin AC (Chief Justice of Western Australia) led the walkers from the Bell Tower at Barrack Square to Point Fraser and back. The Hon. John Quigley LLB, JP, MLA, Attorney General of Western Australia also joined the walk, demonstrating his support for the important cause.  Breakfast following the Walk was sponsored by the College of Law Western Australia. 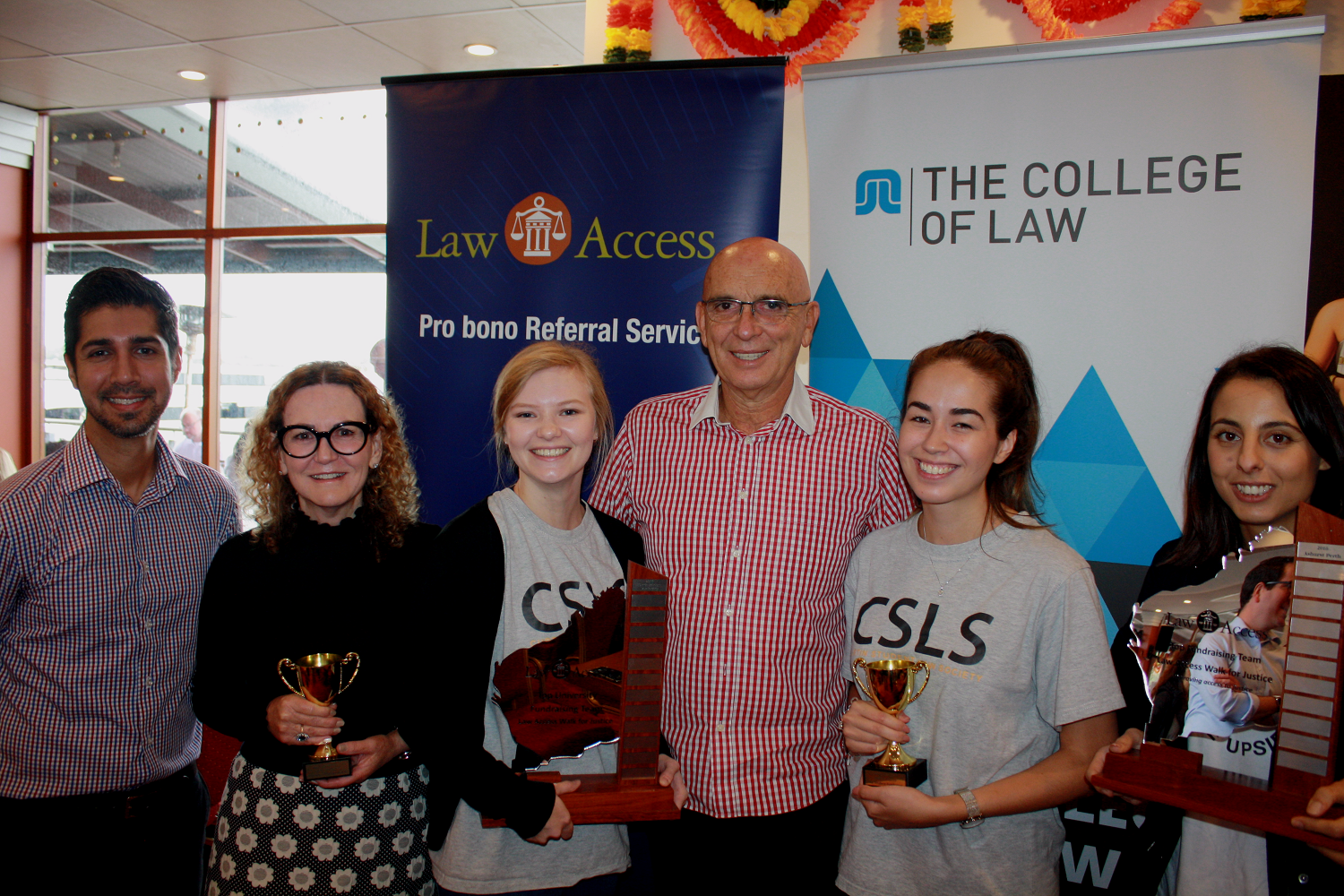 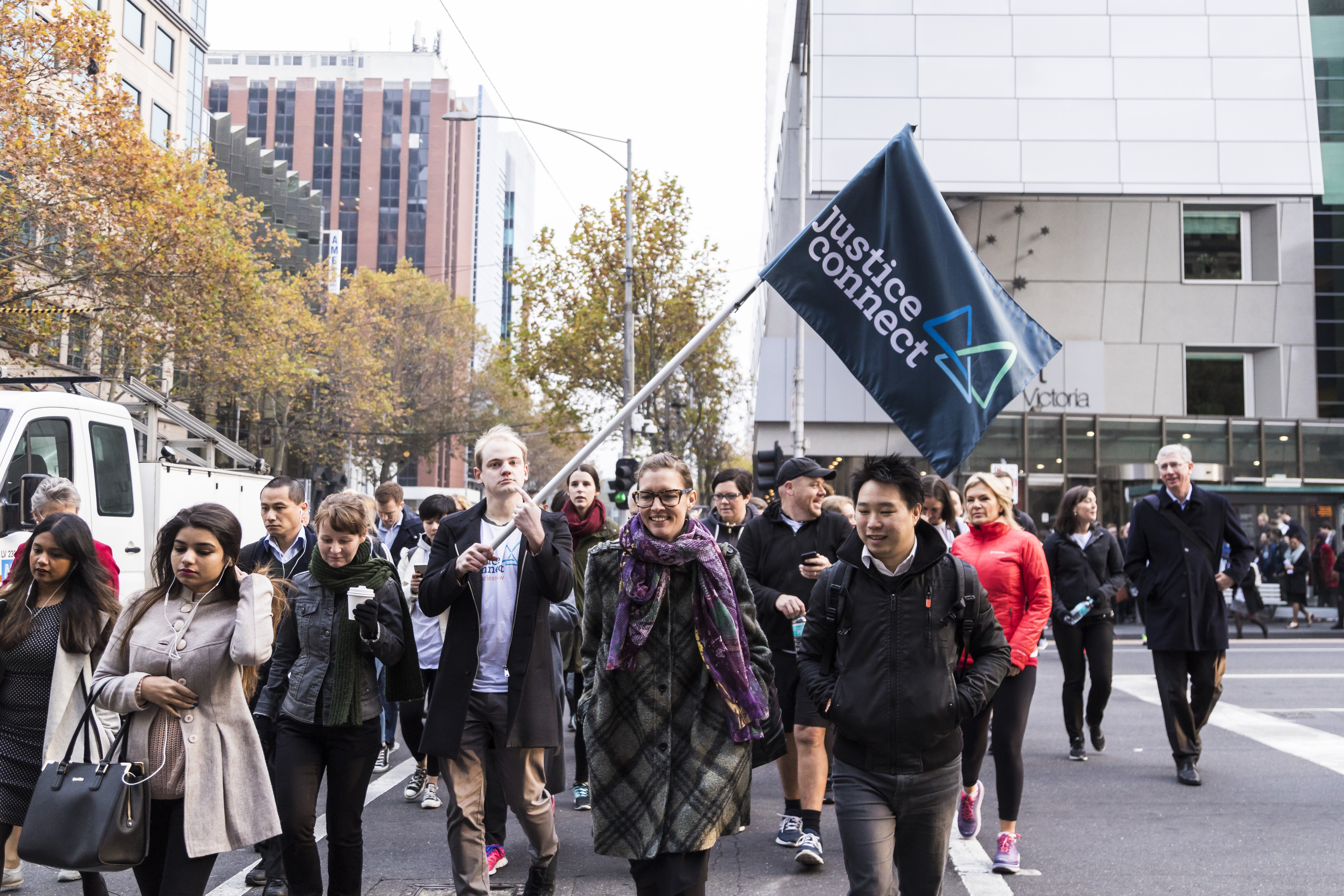 This year, Justice Connect and the Law Institute of Victoria re-launched the Walk for Justice in Victoria, with 192 walkers in Melbourne and, for the first time, Geelong. Walkers were encouraged to kick off the 25 friends x 25 dollars campaign run by Justice Connect, which will continue throughout the year in recognition of Justice Connect’s 25th anniversary. So far, the campaign has raised $8,730, which will go towards Justice Connect’s work in supporting those who are (or are at risk of) experiencing homelessness, older people facing elder abuse, asylum seekers and refugees. 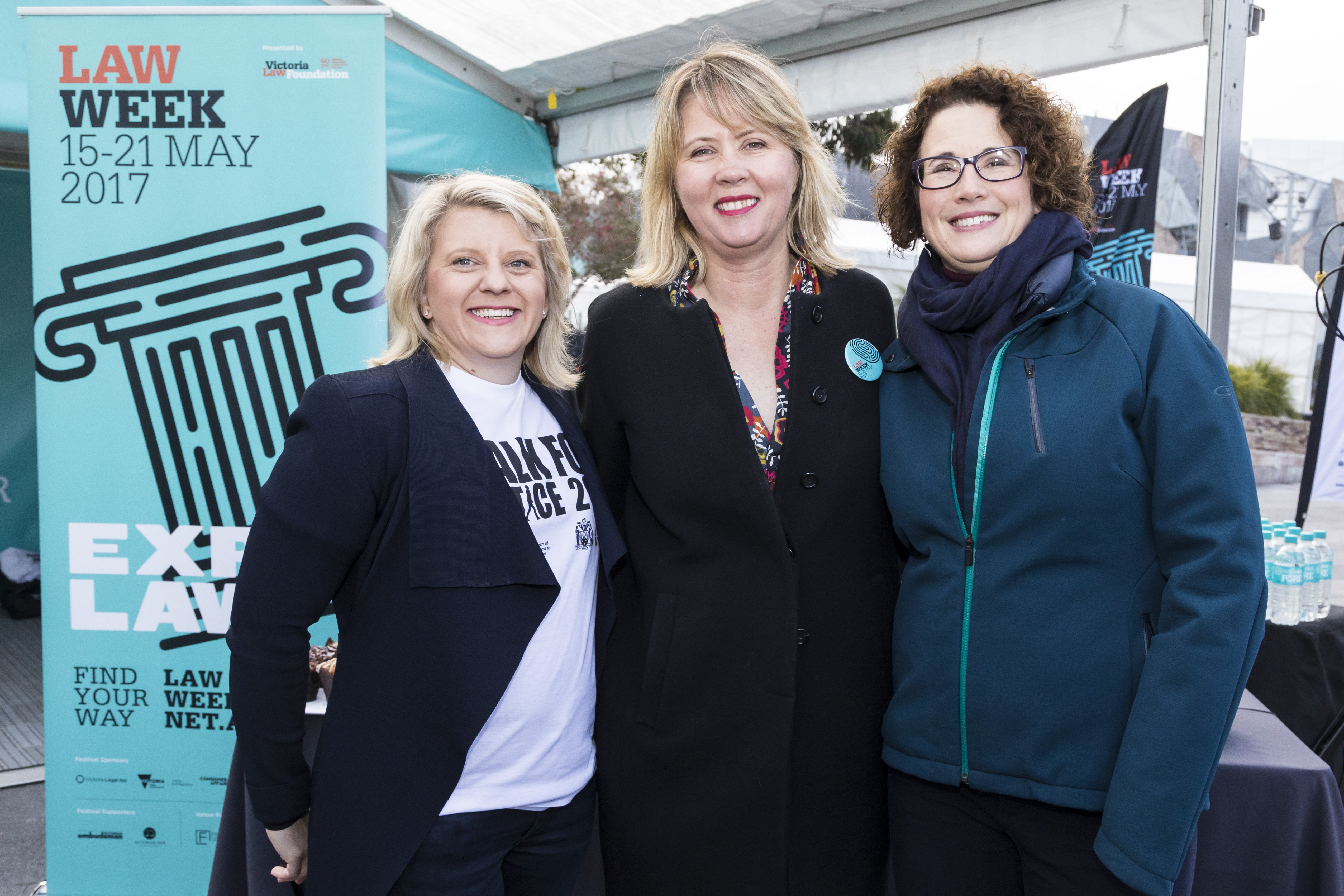 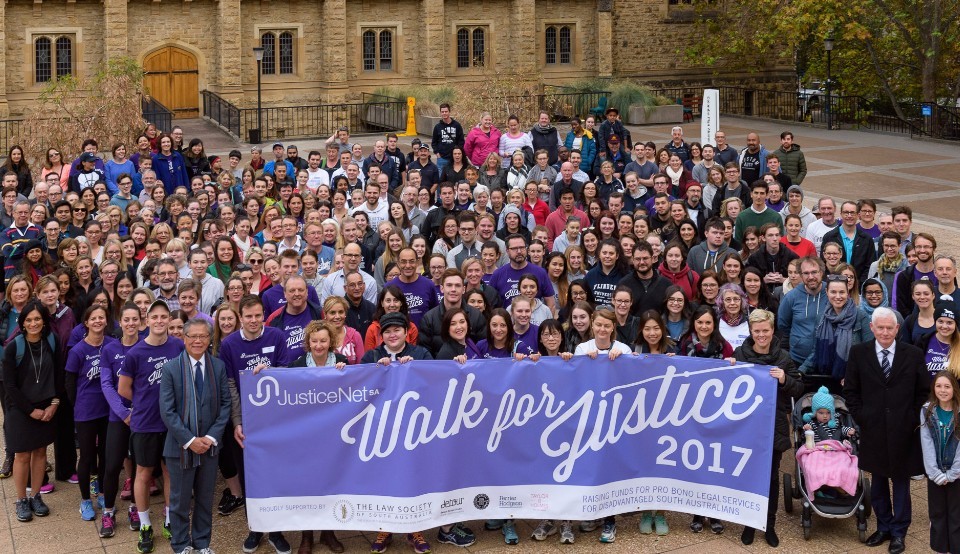 JusticeNet SA hosted another successful Walk for Justice in South Australia, with 466 walkers and other donors raising a record $56,031 to support JusticeNet’s work helping those experiencing poverty, disability, risk of homelessness, refugees and people representing themselves in court. The walk was opened by Deputy Premier and Attorney-General John Rau, and His Excellency Governor Hieu Van Le AC cut the ribbon. 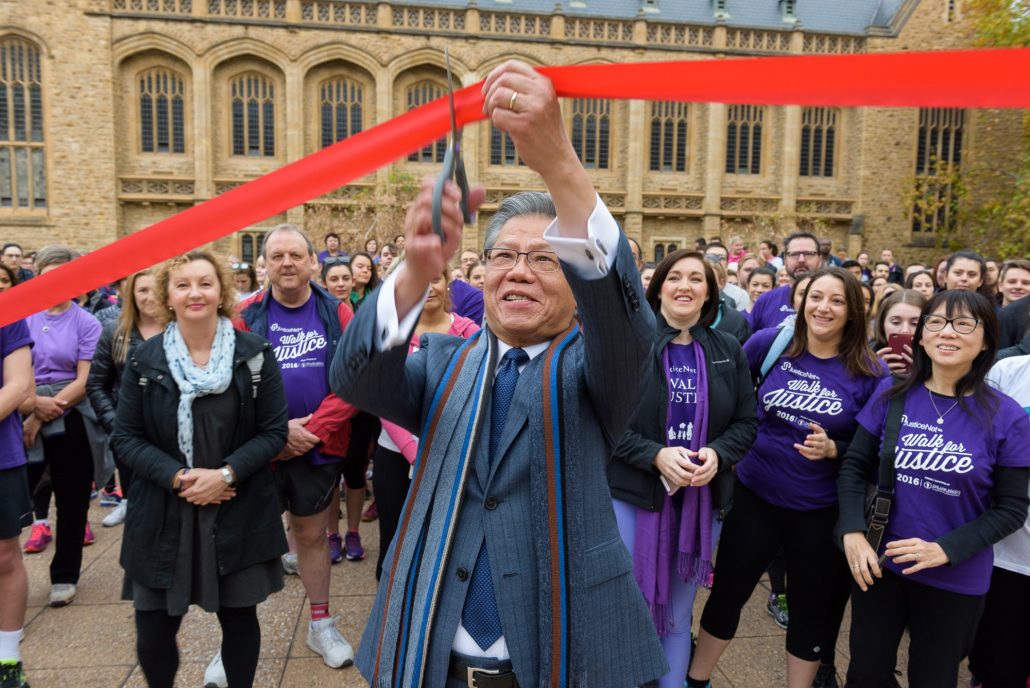 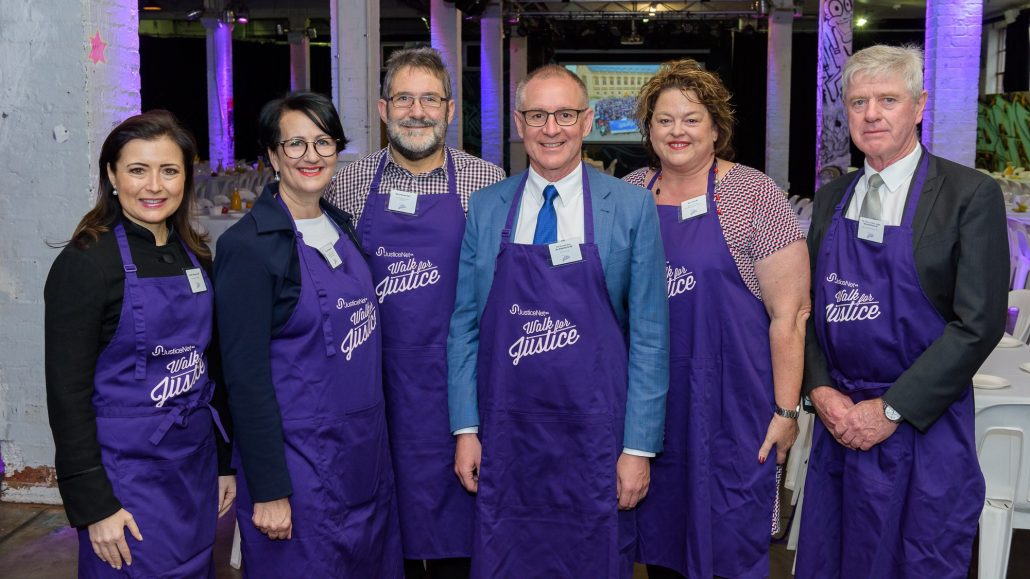 If you missed out on any of the Walks this year, but would like to donate to any of the host organisations, please visit the following links:

Firms on NSW Government Legal Services Panel due to report for the first time...
Share this:
Scroll to top