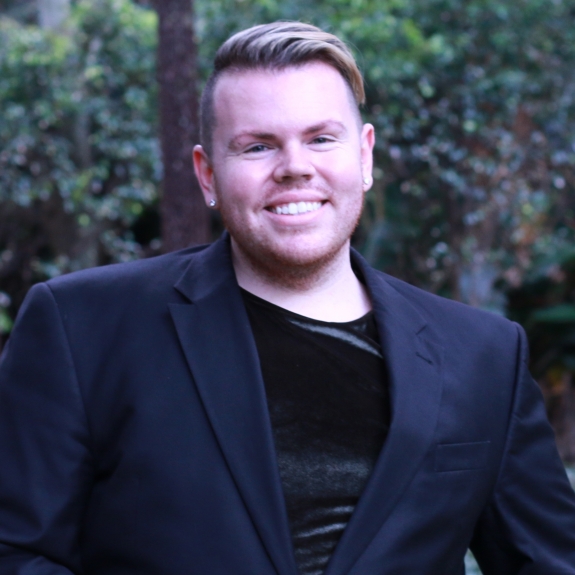 “Where are you off to?” I’m attending a conference in Darwin, it’s my first time going there, I reply excitedly to the Uber driver. “Ahh, great time of year to go, it’s a beautiful place…but lots of Aborigines…”.

I told him I’d feel at home as I’m Aboriginal. He apologised and we had a meaningful discussion regarding appropriate naming and phrases. A similar situation occurred with the flight attendant – “stunning scenery, but so many homeless Indigenous people.” I realised the frequent use of ‘but’ when explaining Darwin. Aggression and pain when dismissing ignorance around Indigenous issues does not serve anybody. Instead, I use the power of facts and stories to sway the negative narrative into one of survival and hope.

As I stepped off the plane, 32 degrees of heat hugged my body – a stark change from the 10 degrees of Sydney. The scenery is even more beautiful than the imagery we often associate with the Northern Territory. Larrakia land is remarkable and unlike anything I’ve ever seen. The Larrakia people exist in numbers of approximately 2,000 and have actively preserved culture and language. The English language is often a second or third language for many Indigenous people in the Northern Territory, and hearing Indigenous language spoken is a privilege I’m not often accustomed to. The rich culture and vibrancy are matched by the colourful landscape.

The chasm between Indigenous and non-Indigenous people is devastating, though.  Watching the homeless wander around the streets or laying on sidewalks is harrowing and heartbreaking. I often stopped to have a yarn with them, to hear about their lives and to give my respect to them. I am not my name or job to them, I am simply a fellow Aboriginal person who is keen to listen to their perspective and lived experience. At the close of the first day, I watched the sunset at Mindil Beach with the party of conference attendees that included Jonathan Hunyor and Shantell Bailey, a former AGS secondee with the Public Interest Advocacy Centre. Unfortunately, a phone will never be able to capture the magic of sunset at Mindil Beach.

The opening plenary for the Indigenous Health Justice Conference was delivered by Barbara Shaw, Chief Executive Officer of Anyinginyl Health Aboriginal Corporation and Chair of the Aboriginal Medical Services Alliance Northern Territory, who highlighted that whilst the harsh realities cut through the national conscience, Indigenous people must not be seen as problems to be punished and managed.

David and Barbara both shared a number of things in common, but most notable was their passion, belief and hope for the future. After the opening of the conference, we heard from various speakers that weaved the ideas of health, law and justice together as one. Ariana Tutini from Miwahjt Health Aboriginal Health Corporation looked to the power of partnerships – a raft of social inequalities that could be remedied in one service. It was also said that solving civil law issues for clients often alleviated a host of other issues. The goal for Ariana is to get the community from surviving to thriving.

John Rawnsley, Manager of Law and Justice Projects at NAAJA provided a Territory perspective on reforming the Constitution, which drew on the perspectives from Aboriginal lawyers in the Northern Territory. Professor Mick Dodson AM then spoke to the audience at length in his address: To Treat or Not to Treat. The discussion took on a plethora of views, ranging from historical, social, economic and legal issues. The audience were then captured by Leanne Liddle, Director of the Aboriginal Justice Unit, Department of the Attorney-General and Justice. Leanne highlighted the importance of asking the Indigenous community what is needed as opposed to assuming, as they are happy to answer respectful questions and seek to be heard. However, Leanne also noted that it’s important to come back to demonstrate integrity and respect to the community that have provided their answers. This will ensure their voices aren’t forgotten. The address also made reference to well meaning workers who often describe the NT backdrop and amount of km’s covered in their 4WDs as opposed to dealing with the harsh issues.

Arthur Moses SC and President of the Law Council of Australia called for action, noting that no child should be placed in detention. This was supported by medical evidence of no criminal responsibility. Arthur stated that children belong in community and that the $500 million plus spent on juvenile detention could be better placed with assisting communities to heal with children. He closed with a quote from a letter Martin Luther King Jr. composed in Birmingham jail: “injustice anywhere is a threat to justice everywhere.” The audience was then fortunate enough to hear from Commissioner Andrea Mason OAM who utilised the phrase “nothing about us, without us”, a powerful reminder of the need for Indigenous voices to remedy Indigenous affairs. Andrea shared that of the 3% of Indigenous people, 1.5% suffer with a disability. Such statistics shared throughout the conference often induced audible gasps and sorrowful head shaking.

The conference covered various topics from a diverse range of key Indigenous figures with a handful of non-Indigenous speakers; I noticed they all spoke with hope and optimism for the future. Tremendous efforts have been made and are continuing throughout Australia, an example sits within translators used for emergency services to support Indigenous languages. However, the message was presented clearly: put Indigenous affairs in Indigenous hands. It was powerful being in a room with passionate people from all ages and walks of life. Through the Centre’s CEO, Gabriela Christian-Hare, I was able to meet with Seranie Gamble, Director, Law Reform at Territory Families, who generously shared her wisdom with me. I spent time with some law students who had been in jail, choosing to understand the law and to help them understand the current justice system in place. To take from Toni Morrison, “the function of freedom is to free someone else”, I feel it is my role to empower the students and let them know their past does not dictate their future.

On the last conference of the evening, we were treated to dinner at Pee Wee’s at the Point – a spectacular waterfront venue. My table was situated a couple of feet away from the water’s edge, although I couldn’t fully enjoy it due to the overwhelming crocodile stories! The night turned to morning and I was up until 5 am speaking with an Aunty about her time on royal commissions, her work with youth and being reunited with her mother and grandmother at 17 years old. As we held hands and walked around Darwin’s CBD, I learnt an incredible amount. Aunty taught me some of her language and sign language, she also welcomed me onto her country – a deep honour. As she is high profile in the community, I will not share her name.

I reinforce the importance of speaking to people from all walks of life. The stories you capture can transform your life and influence how you show up in the world. Thank you to Australian Government Solicitor for providing me with the tremendous opportunity to attend the conference. I am also grateful to the Australian Pro Bono Centre for allowing me to leave my secondment to attend. I will carry this experience with me and continually refer to it for guidance.

“You have come by the way of the Larrakia Land. You will hear the voice of Larrakia ancestors. When you leave, the Larrakia message will stay with you.” – the late Reverend Walter Fejo. 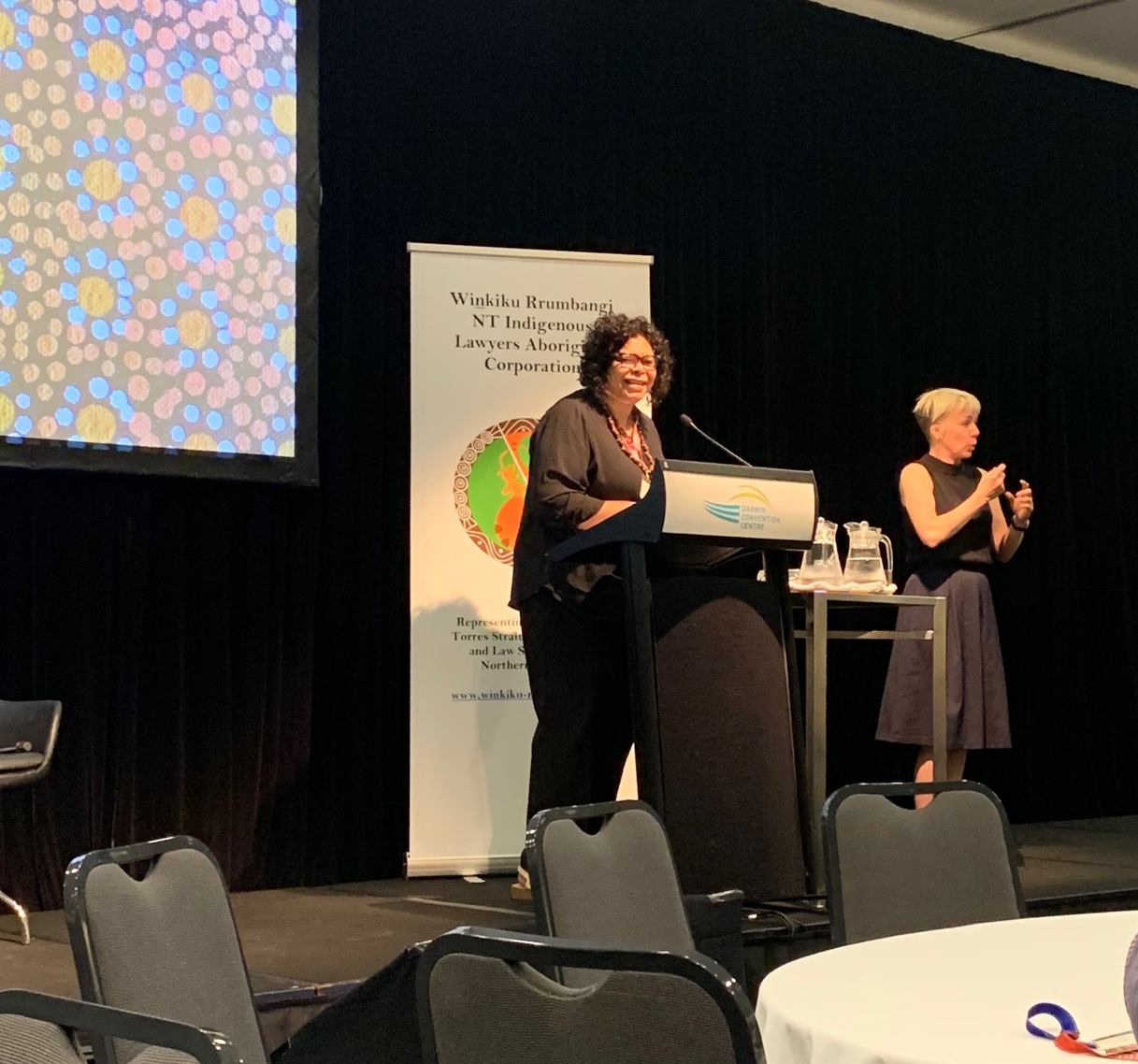