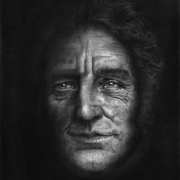 With more than 40 million people caught in forms of modern slavery, Ashurst recognised the role it could play, as a global law firm and member of the business community, in helping to eradicate all forms of modern slavery. The firm’s founding partner, William Ashurst, and his daughters worked to eliminate slavery, and Ashurst continues these efforts today, utilising its resources to take action against the present-day iteration of this old social justice issue.

Ashurst formulated its Modern Slavery Action Plan in commemoration of Ashurst’s 200th anniversary, in continuance of founder William Ashurst and his daughters’ anti-slavery work. Launched in October 2020, this Plan sets out specific objectives including:

Pro bono support is one aspect of the above, and since the Plan’s launch, Ashurst has run two key pro bono projects in Australia:

Four lawyers have already been seconded to modern slavery organisations, including Anti-Slavery Australia (ASA). Their assistance has included contributing to a collaborative project to provide qualitative and quantitative analysis of the effectiveness of the Modern Slavery Act 2018 (Cth) and assisting front-line lawyers by working directly with victim/survivors of modern slavery.

Jennifer Burn, Founding Director of ASA noted “we are enormously grateful for the way that Ashurst has worked with us by bringing substantial research expertise to strengthen the scope and depth of the Anti-Slavery Australia research program.”

Ashurst lawyers have prepared research and gap analysis regarding coercive control laws in NSW and the Commonwealth; research papers on the kafala system (and other similar migrant labour monitoring systems); and scoping a project to map stock exchanges’ compliance obligations regarding human rights and modern slavery.

This story was submitted by Ashurst.