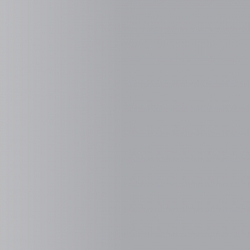 A Practical Guide to WHAT WORKS

HOW TO USE
THIS BOOK

There is a diverse range of international pro bono work. Clients may be individuals, charities, development or aid organisations, other NGOs or governments. Legal work might include training, preparation of legal information/summaries of legislation, legal research, advising, negotiation, drafting, representation or advocacy. International pro bono work also includes in-country volunteering programs where individual lawyers take on opportunities to provide pro bono legal work with a government or NGO in a particular country for period of months.

Large international firms are undertaking rule-of-law development work involving ambitious and cutting-edge pro bono legal representation in post-conflict situations, emerging democracies, and emerging markets.3 Counsel has also appeared pro bono in international courts and tribunals and the appeal courts of overseas countries, particularly in ‘public interest’ cases, including those involving Australians facing the death penalty in a foreign court or an issue of constitutional law in the European Court of Human Rights. Counsel has also provided important verbal and written legal advice as part of pro bono projects and programs4 (see case study on barristers’ involvement in Trial Advocacy Workshops at 31.5.1, and the section on Barristers, Chapter 14).

31.1 INTERNATIONAL PRO BONO: AT A GLANCE

The allocation of pro bono resources in the international context can have a significant impact, especially given the level of disparity that can exist between the skills and resources of lawyers in Australia compared with those being assisted. This disparity can be much greater than it is domestically. Much can be achieved with a small investment since the Australian dollar can go a long way in developing countries.International pro bono work can also provide a firm’s lawyers with interesting work which can contribute to staff development at every level. Pro Bono Counsel/Head of Pro Bono & Citizenship at Herbert Smith Freehills (HSF), Brooke Massender commented that ‘at HSF we see it as part of our lawyers’ professional responsibility to not only provide pro bono legal services in areas of most need in Australia, but also regionally. As a global network, we are able to consolidate and expand on pro bono relationships in Asia (which were originally developed as part of our Australian pro bono practice) through the expanded network of our Asian offices. Lawyers in our Asian offices have been able to collaborate with our Australian lawyers on regional projects and pro bono matters.’

To effectively engage in international pro bono, pro bono providers will need to define their strategy for this work, and some firms may not be looking to expand in this area as it does not fit with their pro bono strategy which is more domestic in focus.6

Finding a reliable source of referrals for international pro bono may be difficult, especially since the infrastructure for the coordination of international pro bono is in the early stages of establishment and development. For example, the Centre for Asia Pacific Pro Bono was launched in Australia in July 2011. However, 49% of the firms that responded to the Australian Pro Bono Centre’s 2014 National Law Firm Pro Bono Survey anticipated that they would not undertake any work through CAPPB in the next 12 months, with the main reasons for this being the firms’ ‘focus on undertaking pro bono legal work in Australia rather than overseas’, ‘their pro bono programs are not yet sophisticated enough to consider this sort of work’, ‘a lack of awareness of the CAPPB’s work and current activities’ and ‘previous failed attempts to obtain work through this channel’.7

When international clearing houses (such as A4ID and Trust Law) are trying to place a matter they will call for expressions of interest by emailing a number of firms, which creates a kind of tender process where lawyers are disappointed if they are unsuccessful. There are also other teething problems, for example their website content is often out of date, or has insufficient content, so they have not been a reliable source of referrals. (Large law firm pro bono coordinator)

PILnet, A4ID and Trust Law all have a European focus, referring very few matters in the Asia Pacific region where Australian firms are largely focused. A4IDs bid model does not work well for us either, with work sometimes going to firms that have not done work in that area before, rather than the firm that is best placed to do the work. (Large law firm pro bono coordinator)

While the in-country costs of undertaking pro bono work within the country that the work is focused on might be relatively low, the cost of relocating lawyers from Australian offices to the countries where the work needs to be done can be very high, especially in developing countries where adequate accommodation and other services, like internet access, are very expensive. The National Pro Bono Manager at Australian Government Solicitor, Geetha Nair, explained that AGS undertakes legal training on a pro bono basis. Even where these projects might be funded by AusAID or other parts of the Commonwealth, AGS still needs to consider whether they can bear some of the incidental costs which are not covered by the funding. This challenge is reflected in the very small amount of international pro bono work that is actually conducted outside Australia.

It can sometimes be more cost effective to donate money, for example, we donated money to Médecins Sans Frontières after the earthquake in Haiti, than to send our lawyers. (Large law firm pro bono coordinator)

Where a pro bono provider would like to assist by sending its lawyers to undertake pro bono work outside Australia, they may be restricted by not having practising certificates in the areas where they want to work. One way that large international firms may be able to overcome this obstacle is by involving lawyers from their overseas offices in the pro bono work. However, including overseas offices of a firm in the growth of its international pro bono practice may be challenging when the pro bono culture in those offices is not as developed as it is in Australia.

While international travel might be seen by Australian lawyers as a positive, many of the staff in our Asia offices travel for work all the time and may not be so keen to travel for the purposes of undertaking pro bono work. (Large law firm pro bono coordinator)

Political considerations and sensitivities may also limit the kind of work and clients that can be assisted. For example, Geetha Nair explains that as the legal service provider for the Commonwealth Government, AGS must consider whether pro bono work is aligned with the government’s policies and programs.Client perceptions may need to be carefully managed when they are a pro bono client in Australia but are a fee-paying client in another country (or vice versa). When this issue arises, DLA Piper, for example, will have a discussion with the client, explain the different cultural and economic landscapes and try to offer a reduced fee arrangement.

One way of defining the strategy for international pro bono is with focus areas or signature projects. For example, a firm may choose signature projects following an assessment of what other firms are not focused on.

Where there is variation in the strength of the pro bono culture between Australian and overseas offices of a firm, it helps to highlight the benefits of international pro bono in a way that appeals to the interests and culture of the relevant office of the firm.

In offices with a less developed pro bono culture, international pro bono work can be sold as a way to broaden the skills of the lawyers involved and an opportunity to network with organisations that are, or will potentially become, commercial clients. (Large law firm pro bono coordinator)

It is particularly important in the international pro bono context to have people with a strong cultural awareness and sensitivity managing the relationships. For example, Geetha Nair explained that the language used for legal training sessions in the international context needs to be pitched in terms that will be understood in the cultural context.

Much of the need for CLE overseas is for a very basic level of drafting and trial preparation skills. (Large law firm pro bono coordinator)

Community legal education may be a way of delivering pro bono assistance in a jurisdiction overseas that overcomes the obstacle of Australian lawyers not having the necessary certification to practice law in that jurisdiction (see Chapter 29 Community legal education). For example, DLA Piper has previously run a two-day intensive contracts workshop for non-lawyers from three of its NGO clients overseas that covered issues such as fundraising and human resources. Geetha Nair also explained that a substantial amount of the pro bono work that AGS does is international pro bono work related to training (with some legislative drafting). AGS has worked with the Attorney General’s Department in Papua New Guinea, providing two training sessions of one to two weeks in duration, with new courses such as ‘train the trainer’ training being developed for the future. AGS is also in discussion with the Solomon Islands to deliver training on Freedom of Information.

Dan O’Gorman SC has been involved in organising intensive trial advocacy workshops for over 15 years in Bangladesh, Cambodia, Nepal and the Solomon Islands. The program started when the President of the Bangladesh Bar Council met an Australian QC at a Law Asia Conference and requested Australia to provide assistance.

The training is in advocacy techniques rather than substantive law. Each workshop runs for four days with a team of nine people delivering workshops to four groups of around 15 to 20 people (two trainers per workshop, with one extra in case someone falls ill). The workshops comprise general sessions which involve all participants, followed by workshops in small groups where the information dealt with in general sessions is practised by each ‘student.’ For example, the trainers outline and demonstrate cross-examination techniques, then the course participants role-play to practise their newly developed knowledge and skills relating to cross-examination.

In recent years, the training has been extended to include additional training on other topics. For example, UNICEF requested training on children’s rights for the Bangladeshi police and corrective services officers.

Since 2004, Dan has also organised fundraising for a charity in Bangladesh that provides basic education to children living in slums. Each year, he sends letters to approximately 1,200 judges and barristers in Queensland seeking donations, raising between $30,000 to $40,000 annually.

Features that make it effective

A4ID is a global charity based in the UK that runs an international pro bono broker service (http://a4id.org/broker-service) linking legal partners with development organisations which require their particular expertise.

A4ID’s process for the allocation of international pro bono work involves circulating available projects to legal partners every Monday, giving them one week to check conflicts and source a team with expertise. Projects are then allocated on the basis of which lawyers are best placed to assist. The intention of the ‘opt-in’ model is to enable lawyers to take on pro bono work as and when they have capacity, and to provide a flexible and attractive structure for A4ID’s legal partners to suit their availability and other commitments.

A4ID’s Head of Partnerships and Legal Services, Elisabeth Baraka, who previously worked at Homeless Persons Legal Service in Sydney (see case study at 21.5.1), observed that a strong driving force motivating firms to do international pro bono is competition between the firms. ‘The strong pro bono culture in Australia has had a positive impact on the pro bono culture in the UK, providing advocates of pro bono work with statistics showing the amount of pro bono work that is done and examples of the types of projects/models that work.’

She explains that the same issues arise in international pro bono as they do domestically, with firms more likely to be interested in work that is:

Features that make it work