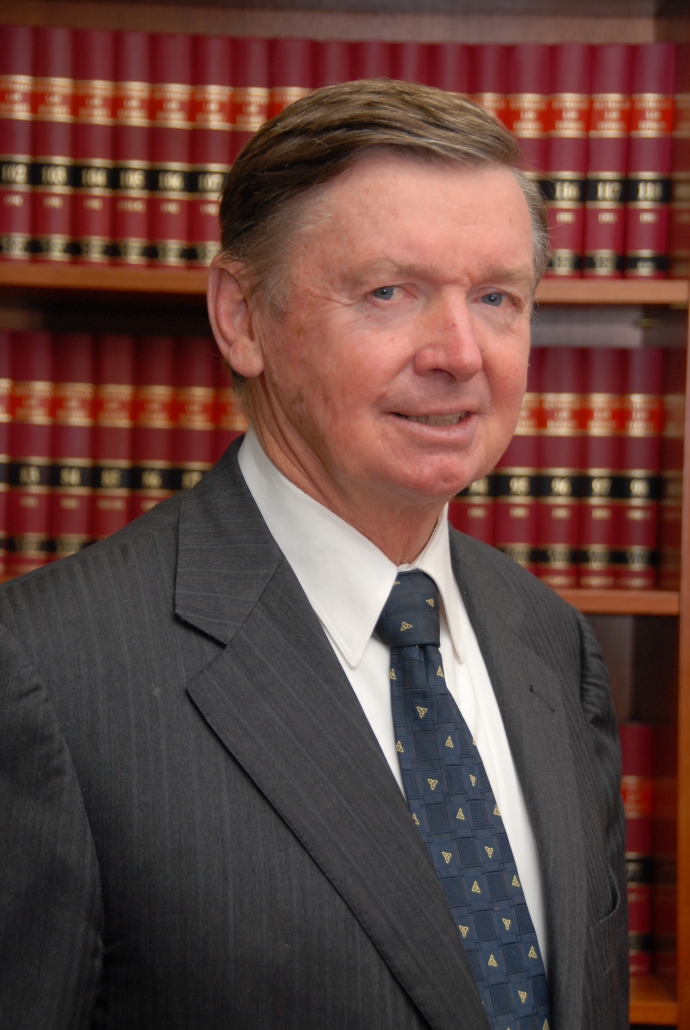 The Hon. Malcolm McCusker AC CVO QC recently took up the post of Company Director and Chairman of Law Access WA, a legal pro bono referral service connecting some of the most vulnerable people from all over Western Australia, who cannot afford legal assistance, with lawyers willing to assist on a pro bono basis. We spoke to Mr. McCusker about his new role at Law Access WA and his experience of pro bono legal work.

Q. What drew you to the work of Law Access?

I was drawn to the work of Law Access because its admirable objective is to ensure as far as possible that persons with a meritorious case are not denied access to justice because they lack the means to engage a lawyer.  Law Access does this through generous WA lawyers with the ability to handle the case, and the willingness to do so, pro bono.

Q. Prior to joining Law Access, you’ve also been Governor of WA and Chairman of the Legal Aid Commission of WA. Do you think those experiences will add to or enhance your contribution to Law Access?

As Chairman of the Legal Aid Commission of WA, for some 27 years, I quickly appreciated just how many citizens need, but cannot afford, legal assistance, and the fact that Legal Aid WA cannot wholly meet that need.  That appreciation was heightened when, as Governor, I visited both metropolitan and regional areas in this vast State and met people who “fell down the cracks” – i.e. they could not afford to pay for a lawyer, but their assets, or the nature of their case, precluded them from getting Legal Aid.

Q. In your time as a lawyer, you were also personally involved in pro bono legal work. What inspired you to do pro bono?

Like all lawyers I know (and everyone else, I hope) I have always believed that it is a blight on our legal system and on our society for an injustice to be unremedied.  To be able to assist in gaining a remedy is very rewarding (even if not in a financial sense).

Q. Can you tell us about a particular pro bono case that impacted or encouraged you?

The case of Andrew Mallard was one which “impacted” on me considerably.  Mallard had been convicted of wilful murder.  I was asked to consider his case (pro bono) after he had appealed to the WA Court of Appeal and then applied for special leave to the High Court, both without success.  I concluded that he had been wrongfully convicted.  I had the great support and assistance, (all pro bono) of John Quigley (who has since become WA’s Attorney-General) Colleen Egan, a journalist who was tireless in her pursuit of the truth (and later wrote a book about the case – “Murderer No More”) Dr James Edelman, my brilliant junior counsel (now Justice Edelman of the High Court) and three fine young solicitors whose services were provided by Clayton Utz (one of the firms which continues to provide legal services, pro bono, often by referral from Law Access).

We were able to have Mallard’s case referred back to the WA Court of Appeal, which rejected the appeal 3-0.  We then succeeded, after a special leave application, to have the appeal heard by the High Court, which upheld the appeal 5-0.  At last, after some 12 years in prison, Mallard was freed. Despite the “lows”, and the setbacks, the experience of working with such a dedicated and enthusiastic team, as well as (of course) ultimate success, was memorable and exhilarating.

Share this:
Return to CONTENTS
Colin Biggers & Paisley trek the outback to raise funds for Artists in...

Pro Bono in the News – September 2018
Share this:
Scroll to top