Pro bono as a mentoring opportunity 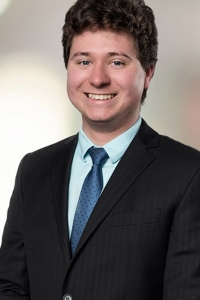 As a young lawyer, Brenton Day is deeply aware and appreciative of all that he’s learned in his three years of practice – and all he’s yet to learn. The 24-year-old “always wanted to be a lawyer that was out in the community.” Rather than aiming for a law firm spot, the University of South Queensland graduate had his sights set on the legal assistance sector. Today, he is a solicitor at TASC National (formerly known as The Advocacy and Support Centre) in Toowoomba, Queensland.

Brenton first heard about TASC through a family law course placement. Continuing as a volunteer during the final year of his law degree and his practical legal training, he then landed his first solicitor job with TASC’s Rural Women’s Outreach Legal Service (RWOLS) in 2016.

His first client interview was difficult. “That was dreadful, I didn’t know what to say, I was nervous,” Brenton recalls. “I was so glad the supervising lawyer was there to take over. But over the months I became more confident and learned to react to different situations, whether positive or negative.”

The RWOLS job involved travelling out to rural and remote communities like Stanthorpe, Warwick, Dalby, Tara and Kingaroy in southwest Queensland for monthly legal clinics. The majority of cases related to family law, but Brenton also provided advice in areas such as domestic violence and civil and consumer law. These clinics were aimed at enhancing access to justice for women.

One of these vulnerable women was Margaret*, a pensioner who had been involved in a car accident – and was uninsured. She could not afford to pay for the repairs that the other driver’s insurance company was demanding of her. So Margaret came to an RWOLS clinic seeking assistance because she didn’t know what to do. 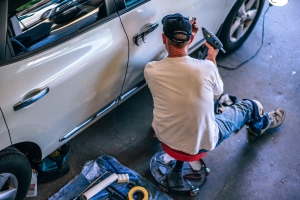 It turned out that Margaret’s version of events was different to that put forward by the insurance company. Her account of the accident suggested she wasn’t at fault but there was no video footage to confirm her story. Following unsuccessful negotiations with the other driver’s insurance company, the insurance company took the matter to the Magistrates Court of Queensland, suing Margaret for damage to the other car.

TASC didn’t have the resources to run the litigation on their own. Fortunately, they were able to get in touch with Brisbane-based barrister and signatory to the National Pro Bono Target, Stephen Colditz, who agreed to take on the case on a pro bono basis. They lodged a counter-claim for damage to Margaret’s car.

“Without Stephen’s help, we would have struggled with it,” says Brenton. Stephen’s involvement helped not only Margaret the client, but Brenton the new lawyer.

Ultimately, Stephen, Brenton and the TASC team obtained a positive result for Margaret. The court decided in Margaret’s favour, awarding her $6,000 which allowed her to repair her car. For an elderly woman of limited means, this was significant.

It was satisfying for Brenton in the way many of his TASC cases are. “This person came in really stressed and all of a sudden you can see that this massive weight has just lifted off them. Nothing beats that.”

Share this:
Return to CONTENTS
Pro Bono in the News – June 2018