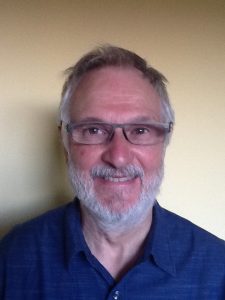 Tony Woodyatt has just stepped down as LawRight/QPILCH’s first director after nearly 16 years at the helm.  Now is an appropriate time to recognise his significant contribution to the development of the pro bono movement in Australia.

Tony’s enthusiasm, dedication and perseverance (some may argue doggedness) to help those in need — to ensure that marginalised and disadvantaged Queenslanders are provided with access to justice at the highest possible — level has been infectious.

A point made strongly at Tony’s farewell was that he is not one to ‘big-note’ himself and the strength of his leadership has been his supportive nature for those around him and his ability to communicate at all levels – including at the highest levels of the legal profession, the judiciary and government where he is well known and well respected.

When QPILCH started in 2001 Tony was its sole employee working from a donated office and focused on referrals of public interest matters to a handful of top tier private law firm members.  Today LawRight occupies an entire hall with over 30 staff and hundreds of volunteers.  It has over 100 members including 40 law firms, barristers and universities.

This growth can be attributed to the vision, innovation and inspiration that Tony brought to the organisation and shared with the rest of the LawRight team. He has been supported by some great presidents and committees who have actively supported his unwavering commitment and hard work.  Tony has worked tirelessly to identify gaps in the delivery of legal services to the disadvantaged and to liaise with a variety of stakeholders across the community to invent, adopt or adapt effective pro bono solutions beyond the ongoing public interest referrals.

Some of his key achievements include:

Maintaining a clear focus on those in need, particularly marginalised and disadvantaged Queenslanders, has meant that Tony’s legacy is also great value for money. Despite having developed a diverse funding base for LawRight, Tony still believes the major challenge for LawRight remains obtaining steady and appropriate levels of funding and the increasing need for collaboration with the legal profession, government, Legal Aid and CLCs.

He is most proud of the self-representation service which he says has seen wonderful outcomes and is so necessary for the many people who fall through the gaps in legal prevention services.

Values for which Tony was lauded at his farewell included leadership, professionalism, inspiration, innovation, passion, drive, hard work, humour and the love of good food, books and music.

Thanks, Tony, for making an extraordinary commitment and we doubt it will stop in whatever you do next!